April 14, 2019
So, I had a theory. This is how it goes: Bill Barr, a successful DC attorney, was not just the AG to Poppy Bush, he also worked for the CIA. He was routinely called an institutionalist, by Republicans. There are loads of Republican Never-Trumpers who are in his social circle and we all know the former Bush Jr. acolytes who now make substantial money on cable fervently sputtering shock and disbelief as our democratic norms take a thrashing. Those are the same folks who also populate Barr’s work and social circles.  My Theory goes that Barr was an inside man. He knew the ridiculously shallow vetting process in place allowed one to obsequiously flatter their way in to the administration so he drafted his memo and got the job. 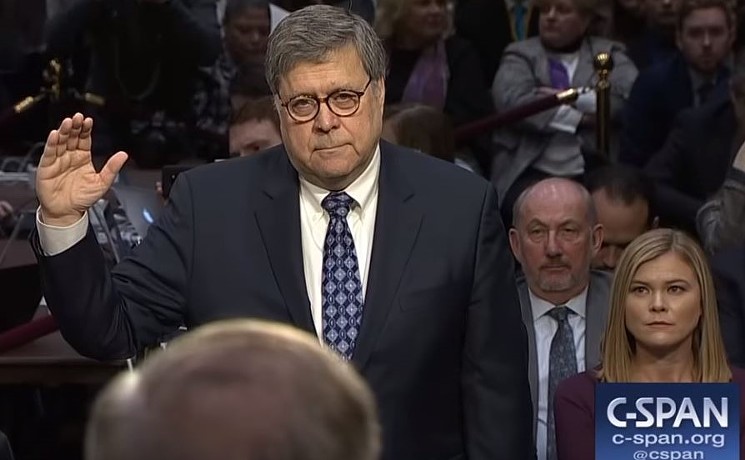 Next, he put on a show at the confirmation hearings and in passing mentioned that he and Mueller “were good friends and would be good friends when this was all over.” The Theory is that he would deviously use Trump’s ego and power Sun Tzu-like against him, end this relentless nightmare and, in so doing, reap praises in history books.

When Barr wrote the summary, which essentially handed Trump his line of total exoneration, I wondered if he was getting a very malleable Trump to double down in preparation for Barr later riding to the rescue, John Dean-style. The highlight of his Wiki bio would be as the principled Republican who rescued the country and brought down the most corrupt presidency in history. It was really the only logical explanation to justify why a person who otherwise had a pretty good Wiki page already would trade it in for an even better one, “Savior of the Country, Bill Barr.”

Well, I may have hit rock bottom when my Theory went south last week. Barr’s reckless statements accusing the FBI, without evidence, of spying on the Trump campaign have done serious damage to the Theory and I am left with nothing, except the 2020 election as the only viable tool to restore sanity. 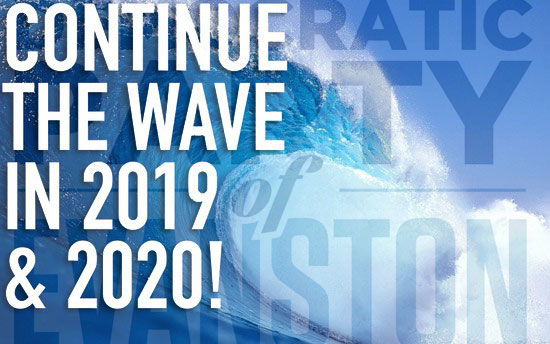 So this is my Saturday afternoon note to you to underscore the necessity of fixing what went wrong in the Midwest and to make sure it will never, ever, happen again. This election was lost right here, and it will be pivotal in the 2020 election. Bright Blue Evanston can help, in fact we may be among the few who can. We are Midwesterners, and we need to speak to Midwesterners. This is what MAP, the Midwest Alliance of Progressives, is all about. We are lending a hand to those nearby who do NOT elect their leaders with 60+%.
Join us in supporting MAP and hearing from one of the frontline warriors in Congress, Lauren Underwood. Watch Lauren battling disgraced former Secretary of Homeland Security Kirstjen Nielsen, as she lies about separating families.
Meet Rep. Lauren Underwood April 28th, heartily thank her, find out what she sees on the horizon and moreover support our DPOE efforts to elect smart, capable people, like her to office. Click here to join us. You can renew your membership too at a discount. Stay strong my friends. We have a lot ahead of us.

Ps our Environmental Action Group has a clean up and tree maintenance training event on Saturday. Join us in our new home across from ETHS meeting our neighbors and do some spring cleaning. April 20th, 9am-11am. We will be working with a STEM enrichment group called Quest4Earth and members of the Openlands TreeKeepers group to learn how to identify trees that need help and how to maintain them. Email EAG@Evanstondems.com for more information.

PPs. Mayor Pete Buttigieg is in town doing a fundraiser. There are a few tickets available if you are interested in supporting his presidential exploratory committee.  I hear he has something big planned for April 14th. (This isn’t an endorsement, DPOE has a policy to promote Democratic presidential candidates that come to Evanston. )